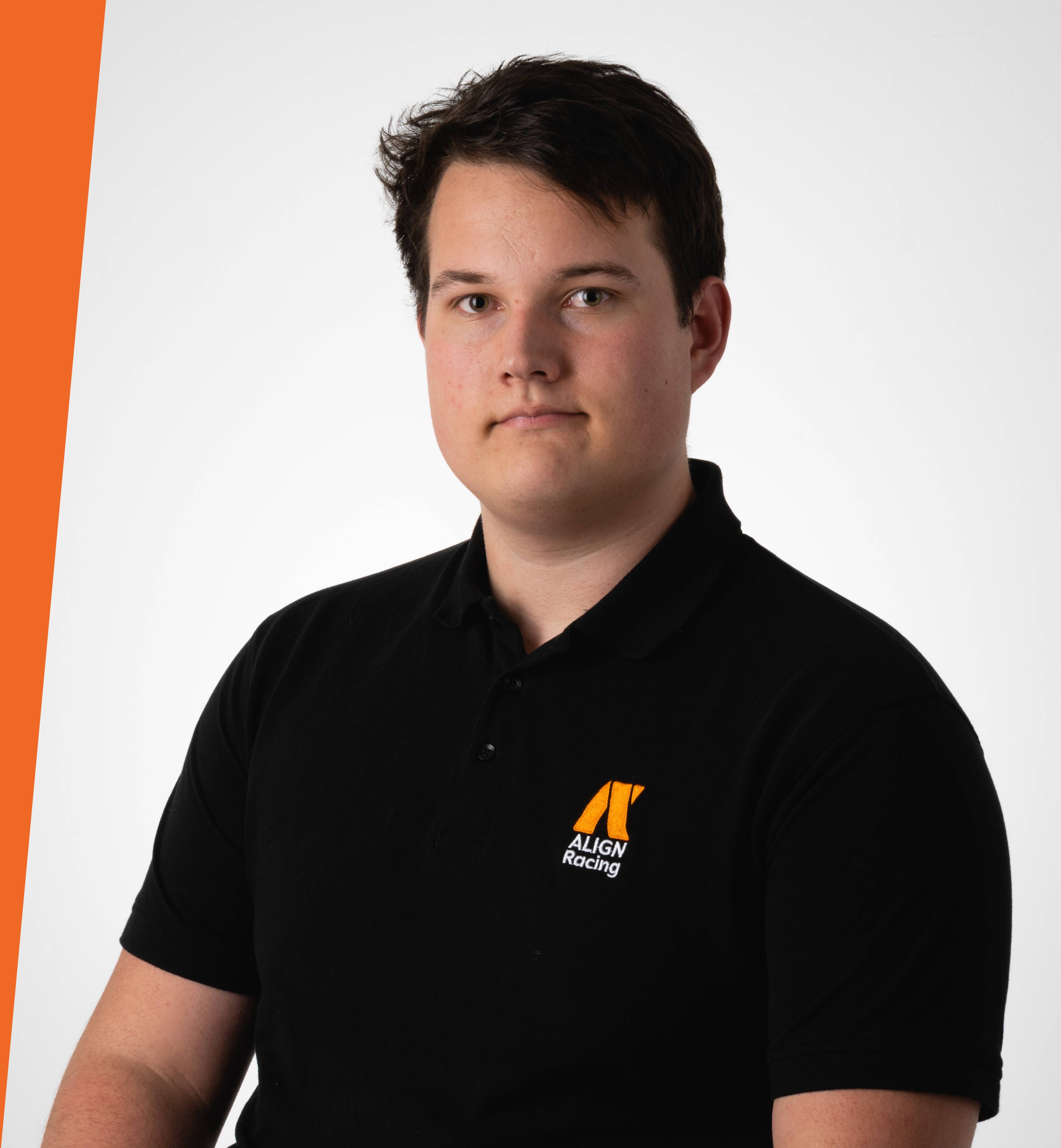 The upright assembly has many functions within the wheel assembly. It houses the wheel hub, which allows for connection and rotation of the wheels. The brake calipers are mounted to the upright. Steering mounts allows for steering of the wheels in the front and toe control in the rear. It also connects the double wishbones to the outboard assembly and transfers the forces from the tire contact patch to the suspension links. In addition to all these functions, which allow for safe and functional handling of the car, there are also some structural conditions that are important to take into account when designing an upright.

The suspension system is not a static system, as everything is elastic to some extent (compliance). There are large forces that are transferred through many components in the inwheel assembly. These forces will cause compliance which will affect the chosen suspension geometry and, in most cases, reduce handling. Figure 3 and Figure 4 shows both the front and rear upright assembly. 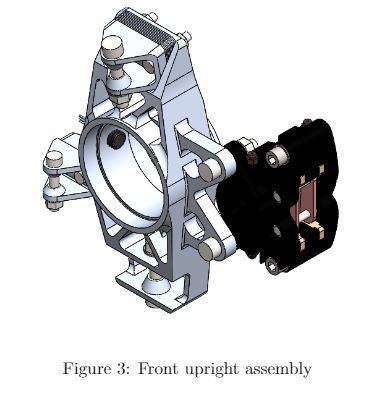 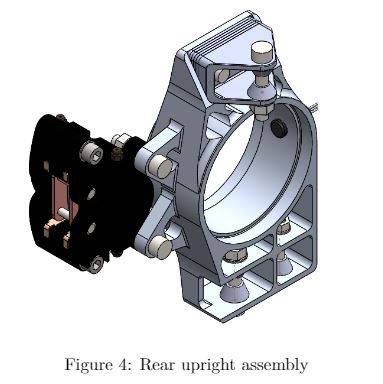 One of the main focuses for this year compared to last year is to reduce weight, generate better load paths and improve the workability of the attached components. In addition to this, a wheel speed concept, that was partially integrated last year, has been fully implemented to the upright assembly.

Adjustability has also been an important factor in the 2020 design. Because of some unseen challenges, many variables in the suspension geometry has not been sufficiently simulated. Therefore, adjustability has been important to ensure that during the test phase of the vehicle the best possible camber and steering geometry can be found. This will also provide valuable data for teams in the future, as fewer changes will be made in the suspension.

To adjust the camber angle, shims with variable thicknesses are mounted with the upper wishbone bracket, as shown in \Figure 3. This allows us to adjust the camber angle up to 3.5 degrees. In the front tie-rod attachment, a double shear clevis attachment is mounted. The reason for this clevis attachment is the possibility for adjustment if the steering geometry is not adequate. From simulations and calculations, there will most likely not be any problems. In addition, this will allow for a much simpler machining job, as it can be done quite simply with a 3-axis CNC mill.

All spacers are made conical to both reduce the pressure acting on the upright and brackets and allow for more radial rotation of the uniball bearings.
Cuts in the lower wishbone mount have also been made, to ensure that the wishbones do not touch the upright under operation.  In the previous years, this was honed manually, which was a time-consuming task.

Table 1 shows a BOM and weight table for the front upright assembly. From last year, the front hub size has decreased significantly, which has made it possible to reduce the weight of the front upright by 21 %. Comparing last years upright with the current design, there has been a significant increase in stiffness. This is due to better load paths and a better understanding of where the critical areas are.

The same focus has been made under the construction of the rear upright, as with the front upright. The size of the bore of the upright is the same as last year, to accommodate for the in-hub tripod joint, which has shown to be a very successful concept. One other major change is the tie-rod attachment. Last year the team tried to use bumpsteer to their advantage and allow for some rear-wheel steering. This concept was proved not to be successful. For the 2020 season, the team tried to reduce bumpsteer in the rear to a minimum, as rear toe-control is far more important.

There has also been a focus on camber adjustment in the rear with shims. These shims will also have a variable thickness so that the team can evaluate the best camber settings for competition.

Table 2 shows a BOM and weight table of the rear upright assembly. The weight of the upright has improved by about 20 % from last year, even though the bore size of the hub has stayed the same. There has also been a significant improvement in the compliance in the rear tie-rod attachment.

Relevant rules for the inwheel assembly: