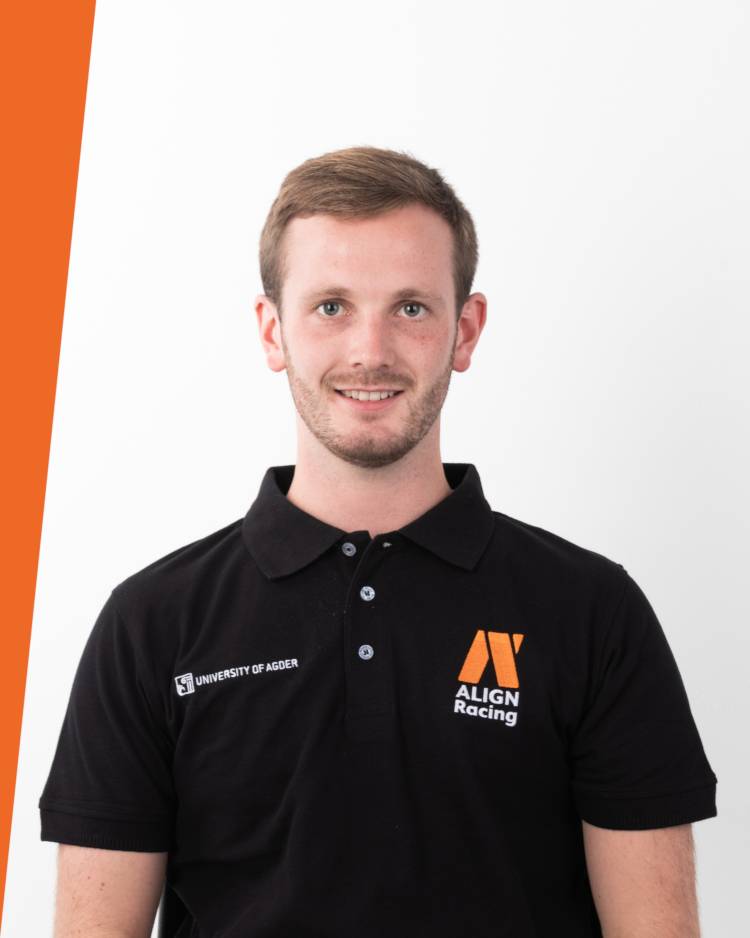 This years frame is based upon the bachelors thesis “Optimization of a Formula SAE Space Frame”, made by 4 members from the AR19 team. Some adjustments were made to the design, but it remained mostly similar.

Concept (4) was chosen due to the desire to place all loads from suspenstion in nodal points.
Not the lightest nor stiffest concept, but a great combination of all four and a key factor was the placement of nodal points with repsect to the suspension.

The original plan was to introduce a pushrod front suspension system with AR20, so some modifications were made to the frame in order to make this possible. We also altered the front bulkhead in due to FS-rules considering the Front Wing (max 700mm from front tire to front-end of the front wing). The pushrod suspension would impair the view of the driver, so it was scrapped. Pushrod suspension is achievable, but it would need modifications to the front bulkhead support. We also reverted the changes to the bulkhead, as FS-rules would not allow the modifications made, and we managed to fit the front wing with a design more close to the one from the bachelors thesis.

The original design included a K-shaped cross on top of the “front bulkhead support”, in order to support the front suspension system including an ARB(Anti-Roll Bar). This meant that the rockers would have to be placed on top of the “front bulkhead support” and with the current frame design, this would impair the driver’s vision. Therefore, the decision was made to change the suspension system which meant that we could remove the “K-cross”.

The final design of the frame ended up being quite similar to the bachelor’s thesis. Changes include: Raising the lower support members of the rear bulkhead, lowering and widening node-point on the sidewalls of the front bulkhead support, small adjustments to the heights of the hoops and the front bulkhead, ect.

We ran an “Finite Element Method” (FEM) analysis on the final design to ensure that the frame’s torsional stiffness was above our requirement of 600Nm/deg. The analysis was performed using Solidworks 2019, on an assembly with the AR20 Space frame and AR20_C05_RearBulkhead. 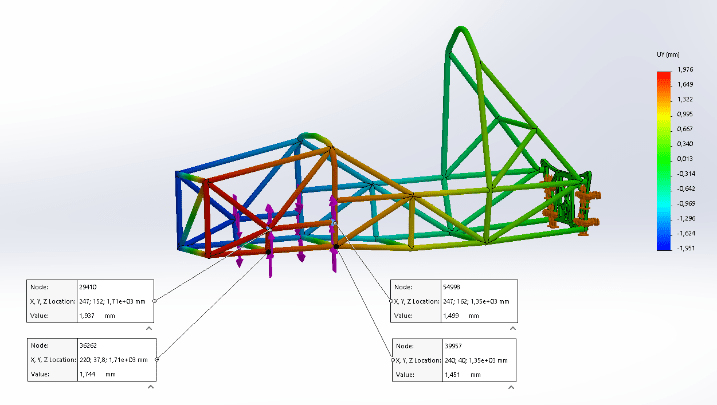 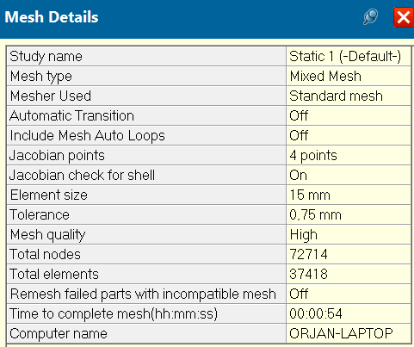 Production of the frame was done in house, except for the bending of the hoops. ME Racing, our tube supplier did the tube bending for us, which spared us for alot of work. We decided to order 50% more tubes than what was strictly needed for the frame, which proved to be a smart move as several of the tubes proved to be quite difficult to fit.

The steering column bracket was made from two 28.57X1.45mm steel tubes and a sleeve machined from a steel piece. This sleeve and the steel inserts for the rear bulkhead are made in lathe, and can/should be made before the construction of the frame starts. The sleve had a brass insert in it and had to be made to fit this insert. The suspension team should be contacted regarding dimensions fir this sleeve.

The frame is the bracked of everything else on the car and it has to be right. Measuring is key to getting the dimensions right.

The front and main hoop was bent for us by ME Racing in sweden as we did not have the right equipment for the job on Campus. We just had to make production drawings for them. The hoops are a crucial part of the frame and you want to get them right the first time, as getting new ones from sweden would take time that we don’t have. Therefore, we decided to make the hoops taller in the drawing(extend the tube ends), so that we could cut them ourselves when welding the frame.

To notch the tubes, we “opened” all the tubes of the frame, and printed them out in size 1:1 with a printer at “Bygglabben”. The paper tubes was then cut out and wrapped around the steel tubes so we could mark how the notch was supposed to be and we would also get the correct length of the tubes. Then we cut the tubes and notched them using a tube notcher. We had to use grind some tubes to the right shape as the tube notcher couldn’t do it.

It is important to mention that almost all the tubes required grinding in one form or another to fit perfecty in the frame. This is adjustments that had to be made on site while building the frame in the welding jig. It was time consuming work and this is also why we had to scrap several tubes to get it right as the frame is TIG-welded and gaps are not desirable.

Look into the possibility of getting the tubes CNC notched as this was exrtremely time consuming work. Try to find a company that has this kind of equipment and expertise.

The frame could have been lighter if we had used the tube dimensions from the bachelor’s thesis(ME Racing has these dimensons in the same material as AR20’s frame.) This would make the frame lighter without other modifications.

The SES might have some example designs of front bulkhead support structures that would be more compatible with pushrod suspension in the front if this is desirable.